The Burning Man festival will be virtual this year

The Burning Man festival will be virtual: a huge challenge for the organizers. The event promises to be memorable and innovative!

Covid-19 is wreaking havoc… Many festivals such as Tomorrowland, the Marvellous Island Festival, and lots of others, have been cancelled or postponed. For this festival, there’s no question of doing the same! As a result, the Burning Man festival will be virtual.

The Burning Man Festival, before the pandemic

Initially, this festival brings together nearly 80,000 people every year since 1986 in the Black Rock Desert, Nevada, in a town called “Black Rock City”. During the event, this city becomes one of the most populated in Nevada. Since its creation, Burning Man gathers people from all over the world who wish to share good times and express their creativity. The main goal of this great festival is to bring participants all together, in moments of sharing and fun.

If it is not possible to meet physically this year, the gathering will be virtual.

A new challenge this year

Thus, the famous American festival, known for its eccentricity, will take place in virtual form, instead of being cancelled. Initially scheduled this year from August 30 to September 7, it will finally be accessible via the Internet.

The organizers announced in a press release that the festival will be featured in the “Multiverse”: “It’s the theme of 2020, so we’re going to embrace it fully”, they said. “We’re not sure what it will look like, it’s certainly a bit weird and messy, with some mistakes. But it’s also definitely going to be a way to get together and have fun,” they added. They see it as a new experience, a step forward.

The gathering of almost 100,000 people in a virtual world seems difficult, but in reality, it’s not that complicated. Since its inception, Burning Man has faced many obstacles. Indeed, such a festival requires government authorizations, the presence of law enforcement, but also an adapted infrastructure. In the virtual environment, none of these obstacles exist. The challenge is therefore quite different: to succeed in maintaining this link beyond the screens.

This year, the festival will be less about the place and more about humans! A platform entitled Virtual Black Rock City has already been created. We can’t wait to see how is gonna be the festival. 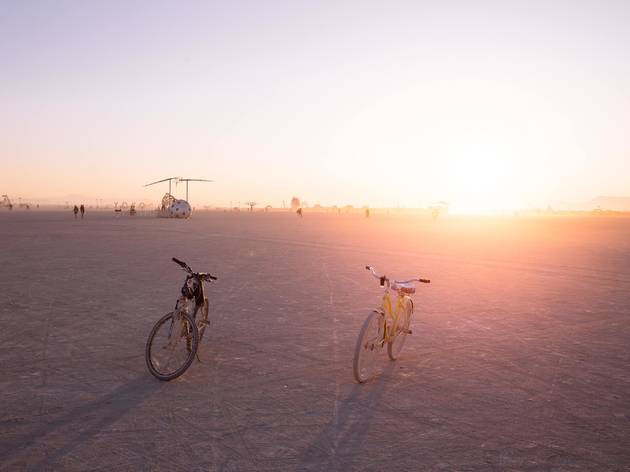