Claptone reveals “Claptone in the circus” for the first time

Claptone reveals “Claptone in the circus”: an interesting way to enjoy music while being immersed in an intriguing universe.

Claptone reveals “Claptone in the circus”. This immersive video series will be broadcasted live every Wednesday. From April, 22nd, one episode per Wednesday will be released at 9pm. Besides, more than 40 exclusive mixes and unreleased Claptone originals, remixes and edits will be streamed live from the circus.

The german disc jockey  and producer, Claptone, started his career in 2012, with a 4-track EP, “She Loves You”. But it’s actually one year after, in 2013, that he made himself a name, releasing the track “No Eyes”, in collaboration with Jaw from the group dOP. This mysterious artist dressed with his hat and mask combines comedy with tragedy, positive vibes and penetrating melancholy. His inspiration comes from an occult world and he is constantly exploring new sounds.

With “Claptone in the circus”, a whole new concept is born, to our great delight. Indeed, it consists of a series of DJ sets, live and direct from a small circus. Why choose this place? Claptone explains it himself: “In these difficult times, I have often found myself taking long, isolated walks to appreciate the beauty of nature. It was during one of these panoramic afternoon trips that I first came across a small family circus. The director of the circus told me about their struggle to pay the rent and buy food for the animals since the pandemic hit, as they were unable to put on public performances.

The next day I returned, this time with fresh carrots in my hand, hoping to meet and feed the animals. That’s when I decided not just to give food and money, but to perform in this small circus with carefully selected themed sets, including parts of their show, to bring joy to my friends and fans in sound and image“.

This beautiful initiative, in addition to making people happy, allows us to immerse ourselves in this exciting world. Plus, many circus artists will accompany the DJ during each episode : jugglers, daring knife throwers, a majestic pony show and much more await you every Wednesday from April 22nd.

The exciting show is available live via Claptone’s YouTube channel or Facebook page from 9pm. So don’t wait any longer to come and see it! 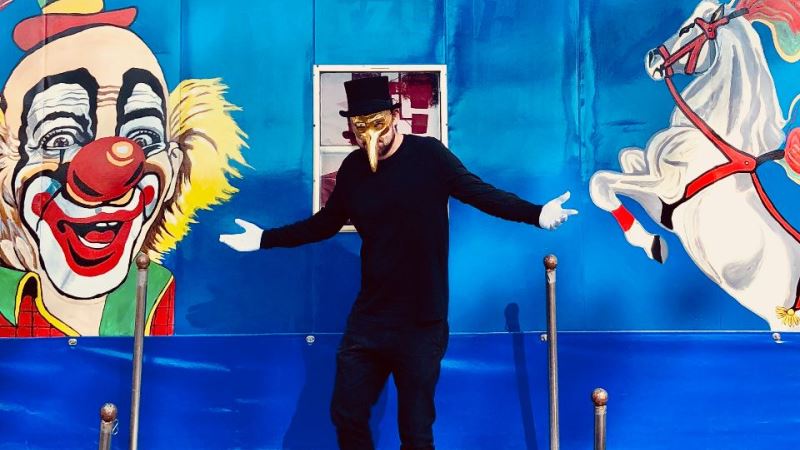